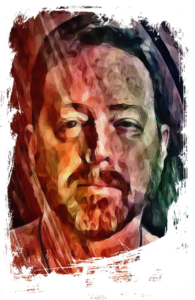 Dawn and I recently submitted this entry to the Game Crafter Anthology contest. In this game, you send your agents out to locate clues about the Mothman’s location. You have seven days to fill the photo (puzzle) with clue pieces to win the game. Along the way, you just might have an encounter with the Mothman himself.

It will be in a spiral bound book with wooden meeples, tokens, and dice. Here’s the layout.

It’s going to be published in the Anthology Collection at Game Crafter and will be available for purchase. We’re very pleased with this fast brain teaser of a game.

https://www.thegamecrafter.com/ for availability or to make your own games.

A soldier becomes entangled in a struggle for survival confronting indigenous predators, Voodoo disturbances and virulent military contagions in the 1950’s Panamanian jungle.

Thrust from his hometown in WV, pushed through boot camp and shipped unexpectedly thousands of miles to the jungles of 1950 Panama would be unnerving for any young man. But these jungles have a horrible/terrifying secret waiting for this raw recruit.

Corporal Robert Frazier, uncovers a chemical weapon experiment poisoning the waterways of the Panamanian Jungle. As his friends become horribly stricken by the toxins, Bob searches for information to save them and learns of the voodoo powers that govern the laws of the jungle. Bob becomes entangled between the pursuit to save his friends, the military’s suppression of the experiment data and the jungle’s thirst for revenge.